The Travis Rice quote that could help more than your riding

Recently I have been watching a lot of Travis Rice snowboarding films. For those of you who havenĀ’t heard of him (where have you been) he is a guy with a pretty impressive snowboarding CV. Included in his achievements are winning a number titles including an X Games Big Air gold. He was also the first rider to land a double corked 1080 in competition. A snowboarding legend.

In the last few years he has taken a step back from the competition side of the sport to concentrate on film making and other business ventures. Still eager to push the sport forward as he did in competition he teamed up with friend and co-producer Curt Morgan of Brain Farm and now puts his energy into making cutting edge films such as Ā“ThatĀ’s it, ThatĀ’s allĀ” and Ā“The Art of FlightĀ”.

These two films changed snowboarding movies forever. With big budgets supplied by sponsors including Red Bull, LIB Tech and Quicksilver, they move the snowboard film on from "extreme sport footage with a soundtrack" to high quality, well produced pieces of art. Take a look at "The Art of Flight" tralier below to get an idea as to what these films are about.

After watching both of these films as well as the innovative Ā“Red Bull SupernaturalĀ” snowboarding competition that he was behind, it is hard not to admire what Travis Rice has done. In his films he comes out with some top quotes .This guy gets shit done so if youĀ’re like me and sometimes struggle to get projects finished then read on. Chuck on some inspiring music, read the quote and get ready to be productive.

Ā“Ya know itĀ’s funny, whatĀ’s happening to us. Our lives have become digital. Our friends, now virtual. And, anything you could ever wanna know is just a click away. Experiencing the world through second hand information isnĀ’t enough. If we want authenticity we have to initiate it. We will never know our full potential unless we push ourselves to find it. ItĀ’s this self-discovery that inevitably takes us to the wildest places on earth.Ā”

What a quote from the Travis Rice, at first glance it could seem pretty deep but read it again and you will find that there is some pretty good advice in there that we could all do with taking note of a bit more. ThereĀ’s so much to take from what Travis Rice says.

Our lives have become digital

He hits the nail on the head as to how we all spend too much time disconnected from real life and live our lives behind some kind of screen (ironically exactly what I am doing right now). Its uncomfortable reading but if we are honest with ourselves we canĀ’t argue that far too much of our time is spent on some kind of social media reading what our Ā“friendsĀ” have been up to. We are spending less and less time actually out there with the people we have known for years experiencing what life has to offer in all its glory.

If we want authenticity we have to initiate it

Travis gets that if we want to really experience the best from our short time on this planet then we have to go against the grain. ItĀ’s easy to do what everyone else is doing but if we want to really find out what we can be no-one is going to help us do it. We have to do it ourselves. Ask anyone who has ever got to where they want to be in life and I am sure they will tell you it was a struggle. They had to work hard and dig deep within themselves to get what they wanted. They had to push themselves to reach it.

In the final line of the quote Travis Rice points to a fact that is the hardest to come to terms with, the fact that once we follow what we really want to do stuff tends to have a way of working itself out. Things will fall into place.

Sometimes we find ourselves doing things and in situations we arenĀ’t happy with. I was a computer programmer for 8 years before I had finally had enough and plucked up the courage to quit, it may suit some people but for me it was not good. ItĀ’s hard to trust that if you do what you want to do then all will be ok. That thought is what keeps us stuck doing shit we donĀ’t want to be. Unfortunately there is no way of proving this without actually taking the plunge and fear often holds s back.

What if you donĀ’t know what you want to do?

We arenĀ’t all as lucky enough know exactly what we want to do with ourselves. People like Travis Rice seem to know from an early age what they want to do and get on making sure they get it. Others of us are not so sure.

It doesnĀ’t really matter if youĀ’re not sure. It is enough to know what you donĀ’t want to do. If youĀ’re not happy with what youĀ’re doing then do something else.

Keep moving in the right direction, listen to the voice inside your head until you are closer to where you want to be. It may take a while but youĀ’ll get there.

Want to be happier then take his advice

So there you have it some wise words from Travis Rice, a top rider and businessman. If you want the most out of life then listen to what he has to say. Put down Facebook. Decide what you want to do and then go for it. Get shit done! If you do then life will help you out along the way. LifeĀ’s too short not to be enjoying yourself.

See you in the mountains.

HOW TO CHOOSE A SNOWBOARD 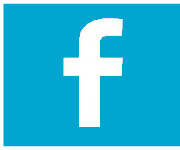 Want to say something about this page? Leave a comment in the box below.